Throughout this course I have seen many beautiful paintings, sculptures, and architecture. Specifically, works of art that display leaders in power and Emperors after their victories in battle. Works of art that display their great wealth and power that they have conquered but not images of the battles themselves. I would like to see the art of the Emperors campaigns and the battles that took place.

The Battle of Nancy and the Death of Charles the Bold 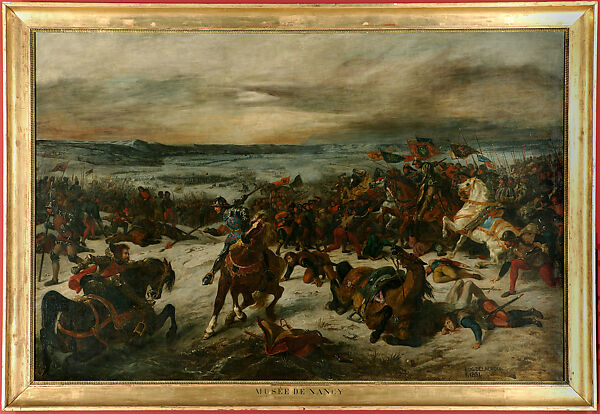 This painting’s main subject was discussed with several city Administrators and members of the Royal Society of Science. Until agreeing on the min focal point, death of Charles, The bold, Duke of Burgundy. Who was killed by the Knight of Lorraine, Claude de Bauzemont on January 5 1477. This was Delacroix first official commission and took him roughly 3 years to complete. “What is striking about this canvas is the exalted enthusiasm with which the artist detail the murderous tumult of the battle.” www.eugene-delacroix.com/

Delacroix used a warm and inviting red that had be complement well with the blue snowy background. Overall, the canvas brought together displaying the large scale of war in a small canvas.

Combat of the Giaour and Pasha 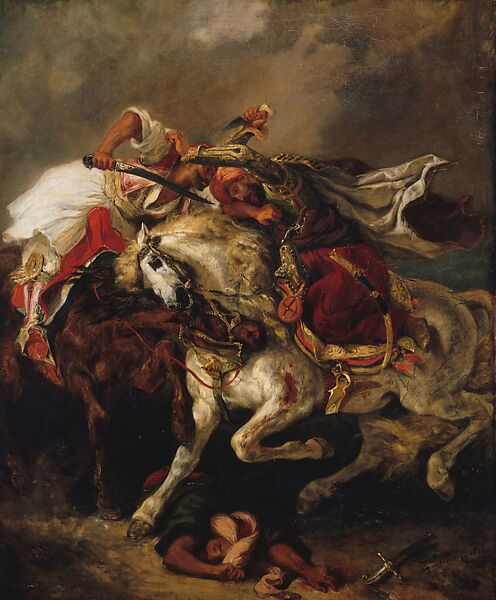 Based on the story’s of Lord Byron about a slave, Lelia who was killed by her master, Hasen. And Giaour her lover on a mission for revenge.

Delacroix’s “Combat of Giaour and Pasha is a powerful constantly moving image clashing two soldier rising their horse at each other/ Delacroix plays with the shadow and light between the left and right side split the image down the middle and unveiling and underlying battle between light and dark.

The Battle of Poitier 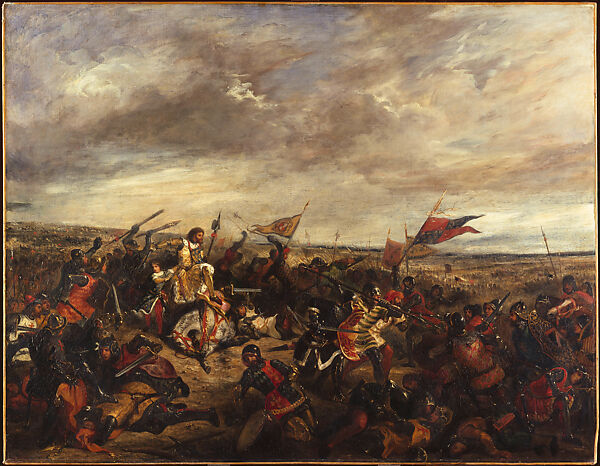 Commissioned by the Duchess of Berry, displaying a battle fought between Edward, Prince of Wales and John II of France. Delacroix captures the tipping point of this battle and the last moments of the kings freedom before he is taken prisoner. Using dark tones Delacroix painting vibrates of the grim view of war.

Combat of the Giaour and Hassan 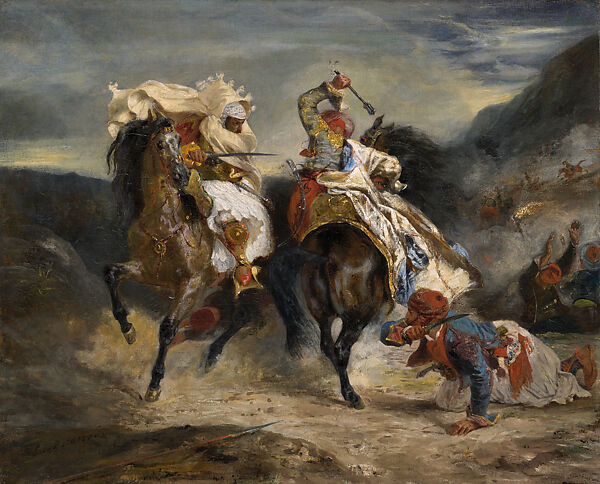 For a Scene displaying so much violence Delacroix’s brush work and choice of wide range of red, blue, and yellows, create a vibrant yet powerful duel on horses.

Boissy d’Anglas at the Convention 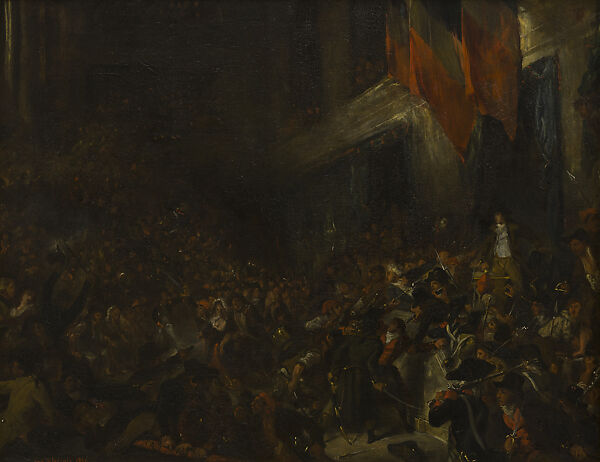 Delacroix paints a dark image of the storming of the Convention and decapitation of the head of deputy Feraud. Delacroix  dark images is matched with dark colors and bright red counter to really exaggerate the bloody scene.

The 18 greatest War and Battle painting, helped me compare the works of war from Delcroix to other artist from other periods. The one artwork that stood out the most for me would be Albercht Altdorfer, The Battle of he Alexander at Issus 1529. The paining has the most beautiful depiction of heaven or peace and calm emitted from the blue but on the other hand at the bottom chaos and a clash of waves of soldier and red blood is steered all the way to the horizon. 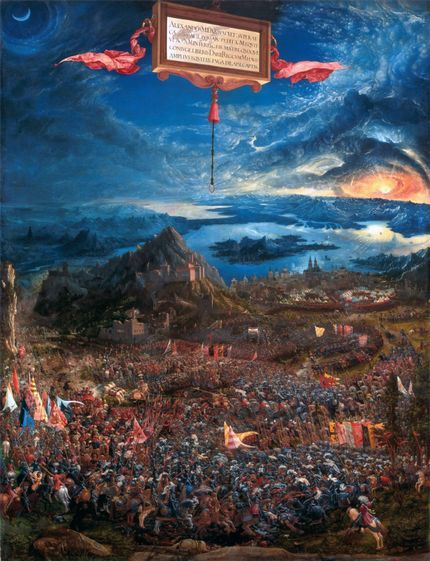 This article further helped me understand the different focuses the artist have when is comes to painting war. Peter Paul Rubens “Consequences of War” doesn’t display actual acts of war but rather , the God of war Mars marching thru the temple of Janus while Venus attempts to hold him back. 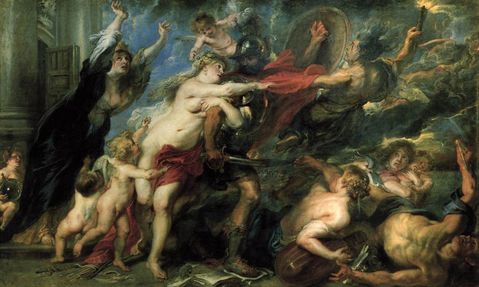 Article ( I only used 1 article, since it covered a wide period and 18 different articles about my theme)