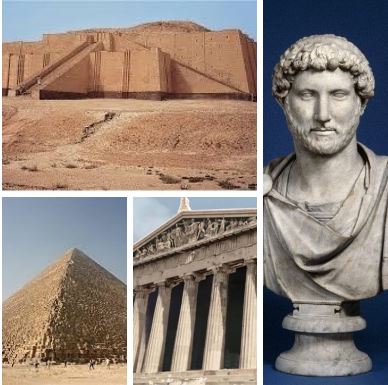 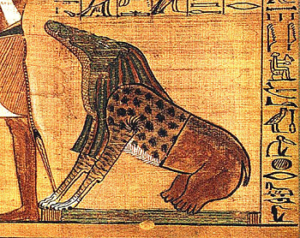 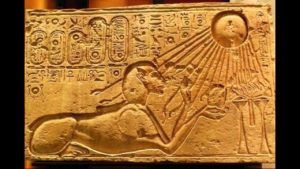 Egyptian and Mesopotamian sculptures and art

Both Mesopotamia and Ancient Egypt have many things in common. Both are considered two of the very first civilizations and both have similar beliefs and systems. The similarities between their artwork is even more astonishing. When looking at their artwork you can make out the similarities. Their artwork tells a story of how they lived their lives, their believes and even events that took place. The most obvious thing to point out would be the way that they depict their gods. Both show their gods towering over the people and/or striking enemy to show strength and power. Another thing someone can have no problem pointing out would be that no matter how powerful the king was, the gods were always sculpted to be looking over the King. Essentially they were showing how the gods were watching over the gods were watching over the King. One important thing about the gods were the way they were depicted in these times. The gods were more resembling of a mixture of creates than actual humans. This was to differentiate between gods and humans because gods were seen to be the the center of the world. Meaning we should never compare ourselves to such beings.

The Romans and Greeks have a lot in common too. Mostly due to the fact that the Romans literally copied the Greeks when the Greek empire fell. Both civilizations are a change from the Egyptian and the Mesopotamian empires. One change is the way gods were depicted. Gods were depicted to be more human like to put men in the mix of being in the center of the world. The change was more obvious in the way art of humans were done. Unlike Egyptian and Mesopotamian art, Greek and later Roman artwork portrayed a full 3D model of a human.

During the Hellenistic period one of the first popular sculpture of the Greek would be the “Kouros”. The Kouros was a sculpture which depicted what an ideal male body would have looked like. It had a very muscular body and athletic body. One interesting thing about the Greek was that overtime the artwork got more realistic. An example of this would be the Doryphoros done by  Polykleitos. This shows a magnificent change in artstyle for the Greek. The Doryphoros shows you all the muscle tone and each detail of the body. This shows realism for it is to depict a real man. The most realistic thing about to sculpture would be the way the it stood like a real human. Most sculptures before were built in an awkward positioning. The Doryphoros stance is called the contrapposto. This is the stance of all humans. 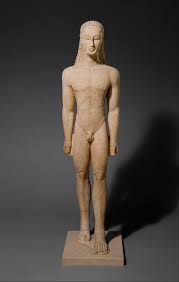 After the the Greek empire fell the arise the Roman empire, who were so obsessed with Greek art that they copied it for themselves. The Romans continued the same path of the Greeks in terms of artwork, where it gets more realistic overtime. One example would be “ the marble bust of a man.” This sculpture almost looks real life as it’s stone face looks almost like real flesh and soft to the touch. 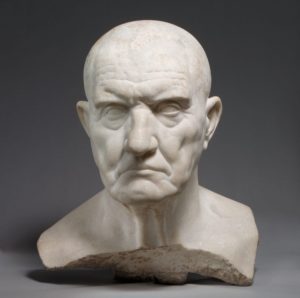