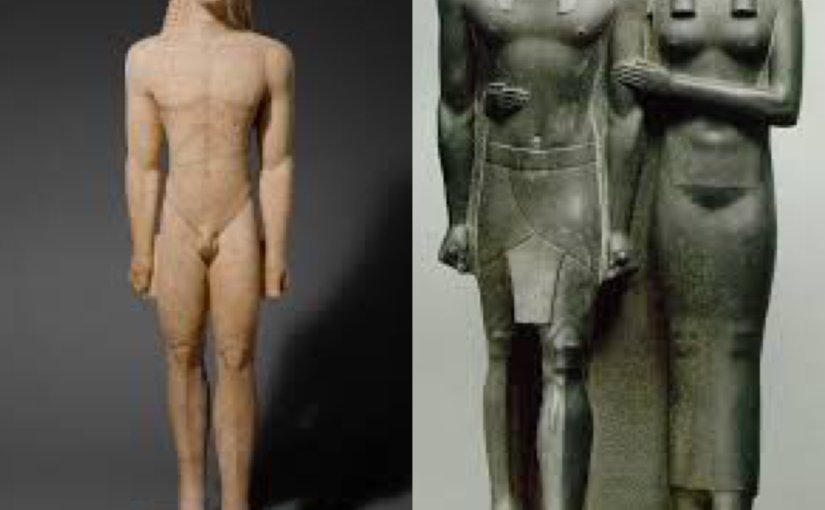 Humanism can be defined as being materialistic. It values free inquiry as well as humanity. Humanism focuses on humans and their values, practices, etc. It emphasized human potential is art. It can be looked at as an epistemological shift from ancient art to more “humanistic” art.

I will be comparing the statue of King Menkaure and queen with the statue of Kouros. They are both similar in their pose as they are both rigid and have straight bodies. The Egyptian statue of the king and queen are clothed which shows and focuses on their rank and status. The Kouros statue is nude which gave focus to humanity, beauty, and individuality. Nudity allowed the focus to be on the individual rather than their rank/status. Nudity in Egyptian art showed “shame.” The body on the king and queen was more smooth and idealized whereas Kouros had a more naturalistic body that showed muscle but was also idealized to show that they are youthful and physically fit. Kouros is more anatomically correct and it had geometric patterns in the hair. The Egyptian statue was made to show unchanging eternity whereas Kouros was made to show heroism and a virtuous life.